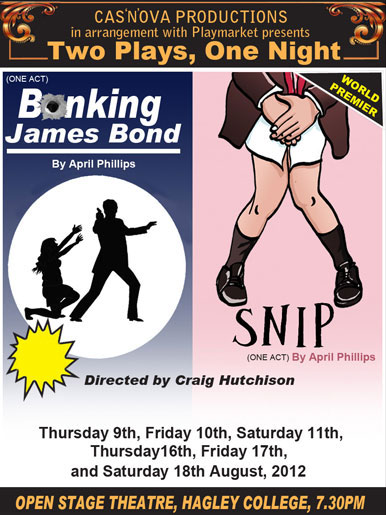 CAS'n'OVA PRODUCTIONS, in arrangement with Playmarket presents Two Plays, One Night. See the world premiere of SNIP and Bonking James Bond all on one hilarious night.

For your viewing pleasure both productions are one-act plays.

As the two plays are written to compliment each other, we are using the same cast for both. Between the two plays we will have a 20 minute interval, during which time refreshments will be available.